In February 2012, the City of Simi Valley, Simi Valley Unified School District, and Rancho Simi Recreation and Park District called for the three agencies to develop a focused, aggressive community action plan to help prevent the use of heroin in Simi Valley.  The Task Force on Heroin Prevention was created to develop this coordinated, comprehensive community plan and develop recommendations for immediate implementation.  With very strong and active community support, including hundreds who attended the February 13 City Council meeting, everyone is committed to doing all we can to achieve the goal of "Not One More."

During the first six months of 2018, the Ventura County Emergency Services Agency and Project Safer trained Simi Valley Police Officers on how to administer Naloxone. The training topics included:

• Identifying the characteristics of an opioid overdose

Equipping our police officers with Naloxone was a priority because they are frequently the first to arrive on the scene of an overdose. Every second counts in an overdose and making a life-saving intervention is time-sensitive. The administration of Naloxone via nasal atomizer by law enforcement personnel has become standard in other jurisdictions within California.

Project Safer provided Simi Valley Police Department 65 two-dose Naloxone kits at no cost. The Naloxone kits are deployed in every patrol vehicle. Project Safer Educational Foundation is a non-profit organization established to provide quality education to reduce harms associated with the use of alcohol and other drugs.

Listed below are resources for parents and people who want to get informed, get involved, get help, and get local information about heroin prevention. 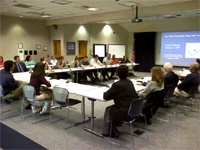 As a result of this review, a final report was developed that summarized the activities of the Task Force.  This final report, Simi Valley Task Force on Heroin Prevention Summary Report, documents the Task Force's strategies to be employed and the agency responsible for implementation of the strategy.

While the community plan is in place and the strategies are being implemented, the work of the Task Force has not been completed. The prevention of heroin abuse is the responsibility of the entire community, and public involvement remains crucial to the continued success of the Task Force. To get involved or get more information, please contact HeroinPrevention@simivalley.org.