Since its inception in 2004, National Preparedness Month is observed each September in the United States of America. Sponsored by the Federal Emergency Management Agency (FEMA) within the Department of Homeland Security, National Preparedness Month encourages Americans to take steps to prepare for emergencies in their homes, businesses, schools, and communities. FEMA's Ready Campaign, the correlating public education outreach campaign, disseminates information to help the general public prepare for and respond to emergencies, including natural disasters and potential terrorist attacks.

National Preparedness Month is a part of a governmental effort to strengthen the United States' preparedness capabilities. The national preparedness architecture encompasses prevention, protection, response, and recovery efforts to prepare the United States for all hazards – whether terrorist attack or natural disaster.
Since September 11, 2001, the US Government has taken steps to encourage all citizens to make their own survival preparations. September was chosen as National Preparedness Month, as the tragedies of September 11, 2001 highlighted to the nation the importance of being prepared. Also September has been chosen partly because of the peak of the Atlantic hurricane season is in mid-September. 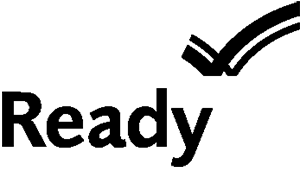 As of 2016, the National Household Survey revealed that, while more that 75% of Americans surveyed report having supplies set aside in their homes just for disasters, less than 50% have a household emergency plan. National Preparedness Month serves to encourage individuals across the nation to take important preparedness steps including: getting an emergency supply kit, making a family emergency plan, being informed about the different emergencies that may affect them, as well as taking the necessary steps to get trained and become engaged in community preparedness and response efforts.

How quickly a company is able to get back to business after an earthquake, a terrorist attack, a tornado, a fire, or a flood often depends on emergency planning and preparation done before the disaster strikes. The Ready Campaign highlights three steps to Business Disaster Preparedness: 1) Plan to Stay in Business; 2) Talk to Your People; and 3) Protect Your Investment. These steps underscore how important it is for businesses to document their property/equipment, back up business-critical information, and put a response team in place.

How YOU Can Get Involved 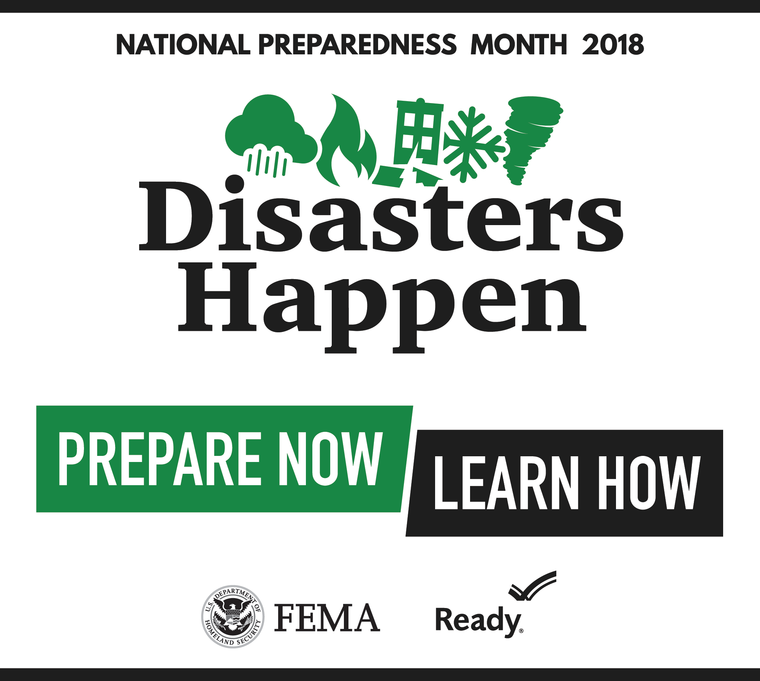 September 1st marks the beginning of National Preparedness Month each year. The 2018 theme is “Disasters Happen - Prepare Now, Learn How."  In addition to the overarching theme for the month, each week has a theme highlighting different preparedness actions.  Our Office of Emergency Services will use social media (Nextdoor, Nixle, Facebook, Twitter) and this web page to share the weekly theme and preparedness message to the community.

National Preparedness Month (NPM) is an excellent reminder that we all must prepare ourselves and our families now and throughout the year.

Take time to learn lifesaving skills − such as CPR and first aid, attend other training such as CERT, check your insurance policies and coverage for the hazards you may face, such as flood, earthquakes, and fires. Make sure to consider the costs associated with disasters and save for an emergency. Also, know how to take practical safety steps like shutting off water and gas.

The devastating hurricanes, floods, and wildfires of 2017 & 2018 should remind the nation of the importance of preparing for disasters.  YOU will be the first one in your home, business, and communities to take action after a disaster strikes and before first responders arrive, so it is important to prepare in advance to help yourself, your loved ones, co-workers and your community.

2018 Weekly Themes and Links to Preparedness Information and Important Dates*:

*September 11 is a National Day of Service and Remembrance

*September 15 is a National Day of Action!