A Short History of the Simi Valley Lighting Maintenance District

There has been a lot of discussion lately about the Simi Valley Lighting Maintenance District. Here are the facts to help explain what the District was, how it operated, and how it was dissolved. 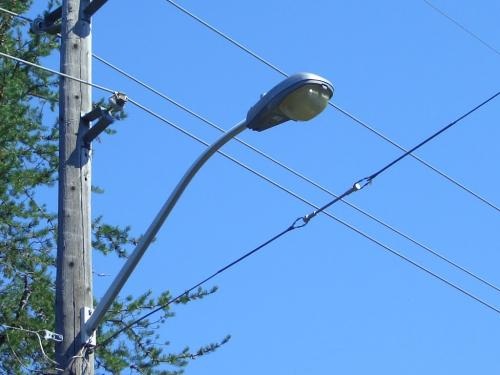 The Simi Valley Lighting Maintenance District was formed by the City in 1969 under the Improvement Act of 1911 (Street and Highways Code Sec. 5000 et seq.) as one of the early actions taken by the City Council in incorporating the City. Among other expenses, the District paid for the electricity that powered all of the street lights and traffic signals in the City. Initially, the District was able to levy an assessment that ranged from .002% to .0029% of assessed value to fund its operations. This levy was frozen in 1975 by State legislation (SB-90), and in 1976 the District put a tax measure on the ballot increase funding, which failed by a 4 to 1 margin. At this time the District had a fund balance of $46,000 and annual expenses of about $473,000.

When Proposition 13 was passed in 1978, the District was no longer able to assess ad valorem property taxes to fund its operations. At this time, the City Council actually contemplated turning off the streetlights in some areas. Realizing that districts and other governmental entities relying on property tax revenue all over the state were potentially going to go broke, the legislature adopted regulations that passed a portion of the Proposition 13 one-percent tax assessment to districts and other governmental entities through the Counties, based on their revenue history. For the Simi Valley Lighting Maintenance District, this amount was about one-third of prior collections and has been held at a fixed percentage of the 1% Proposition tax assessment since 1978. At this, point the District had a fund balance of $282,000. During the 1980’s and 90’s, development and growth in Simi Valley property values fueled property tax growth. The District also funded several capital projects to replace street lighting on City-owned poles and upgrade traffic lights with more efficient equipment to save energy and costs. During the 20 years from 1979 to 1998, the District’s fund balance grew from about $280,000 to $6.0 million due to County-allocated tax revenues outpacing expenses by about $2.1 million and interest earnings and other revenues of approximately $3.6 million. During the 15 year period from 1998 to 2012 the District’s fund balance grew from $6.0 million to over $9.7 million. While property tax revenues allocated from the County lagged behind District expenses by about $440,000 during this period, interest earnings and other revenues grew by approximately about $4.2 million. 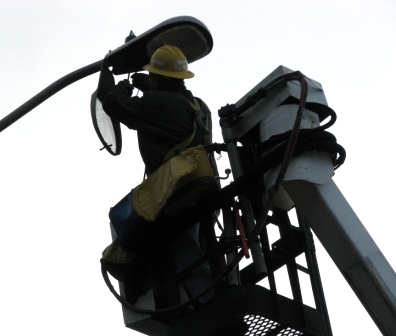 In 2011, the City requested State legislation (AB 468) to ensure a level property tax allocation from the County after potential dissolution of the District. In that legislation, the State authorized a continuation of revenue if the District were dissolved but required that the City assume all liabilities and assets of the District. The City, by resolution in November 2011 (which took effect on July 1, 2012), dissolved the district and assumed all District liabilities and assets. After dissolution of the District, the City properly retained all existing funds pursuant to the State legislation and the original Act under which the District was formed. As the City remains responsible for the maintenance and capital costs for City-owned traffic signals and the utility costs for all traffic signals and street lights citywide, retaining these assets was critical for maintaining City operations and keeping the lights on. Neither the original 1911 Act authorizing the formation of the District nor AB468 contain any provision allowing for return of funds upon dissolution. While not required, the City Council established a separate internal service fund for these assets to maintain transparency regarding how they are used.